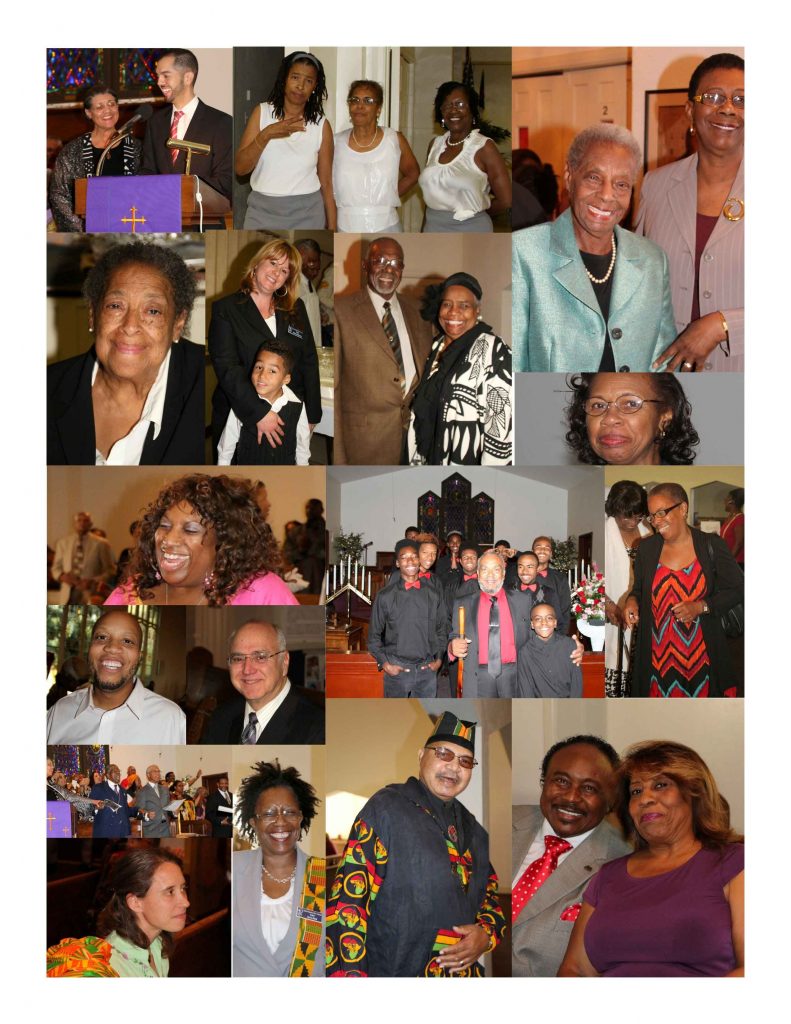 Everyone “belongs” at Parks Chapel AME Church.  Are you ready to make it official

Loving God:
The Mission of the AME Church is to minister to the social, spiritual, and physical development of all people.

The Purposes are:
The ultimate purposes are : (1) make available God’s biblical principles, (2) spread Christ’s liberating gospel, and (3) provide continuing programs which will enhance the entire social development of all people.

Serving Each Other:
We serve God by serving each other. At every level of  the Connection and in every local church, the AME Church shall engage in carrying out the spirit of the original Free African Society, out of which the AME Church evolved: that is, to seek out and save the lost, and to serve the needy.  It is also the duty of the Church to continue to encourage all members to become involved in all aspects of church training.

The Objectives | Changing The World:
In order to meet the needs at every level of the Connection and in every local church, the AME Church shall implement strategies to train all members in: (1) Christian discipleship, (2) Christian leadership, (3) current teaching methods and materials, (4) the history and the significance of the AME Church, (%) God’s biblical principles, and (6) social development to which all should be applied to daily living.

Clement Willie Fugh, son of the late Reverend Joseph and Deborah Malone Fugh, is a native of Memphis, Tennessee, where he attended Memphis State University (BBA in Economics and Finance), and Boston University School of Theology (ThM in Pastoral Care) Bishop Fugh, an ordained elder in the African Methodist Episcopal Church (AME CHURCH), has served as pastor of congregations in Tennessee, Kentucky and Ohio. He led Greater Bethel AME Church, Nashville, TN, in the erection of a state of the art multipurpose worship and service center, fulfilling a thirty year dream of that congregation. At the 46th Quadrennial Session of the General Conference of the AME Church, held in July 2000, he was elected as its 5th General Secretary and Chief Information Officer. At the 49th General Conference, held in 2012, he was elected and consecrated the 131st Bishop of the AME Church. He was assigned general superintendent of the 14th Episcopal District, comprised of seven West African countries. In 2016 he was assigned presiding bishop of the Fifth Episcopal District covering fourteen states from the Mississippi River to the Pacific Ocean. Bishop Fugh is married to Alexia Butler Fugh, a registered nurse and Clinical Research Consultant. They are the parents of two adult children and two grandchildren

Rev. Dr. Allen L. Williams was appointed Presiding Elder of the Los Angeles North District of the Southern California Conference on October 26, 2014. This district comprises 27 congregations stretching across Southern and Central California, Los Angeles to the Riverside, San Bernardino, Inland Empire, Lompoc, and Bakersfield. His goal for each congregation is to equip pastors and congregations with the tools for the implementation of effective discipleship principles and kingdom building.

Rev. Tyler is the newly appointed Pastor of Parks Chapel AME Church San Fernando Valley. Along with his service as a pastor, Rev. Kp has provided faith based leadership, youth empowerment and team building training and development for various community and faith based organizations. Professionally Pastor Tyler has a 15 year history in community organizing and organizational development and in 2014 launched his company The Fig Tree Development Group. Pastor Tyler serves as the Deputy Chief of Government and Community Affairs for Urban Alchemy, one of the largest employers of formerly Incarcerated and Long Term Offenders in the Country and the former Director of Skid Row Strategy for Los Angeles Mayor Eric Garcetti. An activist in heart and in action Pastor Kp uses the ministry of Jesus Christ as His Guide for Activism. Pastor Tyler is the Grandson of Bishop Carolyn Tyler Guidry(Ret.) the Nephew/ Godson of Rev. Timothy E. Tyler pastor of Shorter Community AME Church in Denver CO. He is an Alum. of Morris Brown College in Atlanta Ga. with his Bachelor of Science Degree in Organizational Management, he is a National Urban Fellow Alumni with a Masters of Public Administration from the City University of New York Bernard M. Baruch School of Public Affairs and pursuing his Master of Theological Studies at Azusa Pacific University. Pastor Tyler stands on the Promise of Job 36:11 and has committed to a life of Obedience and Service, he has a deep Love for his family Gods People and God's word!

BRO. ANDRAE ALEXANDER
MINISTER OF MUSIC
Andrae Alexander has a Masters degree in Music from Cal State Northridge. He is a professor of music business at USC. He formerly was the principal pianist for the White House. He has been a composer for “Empire “and movies such as the new “Birth of A Nation.“ Alexander is a member of the Marine Corp band. He has extensive experience teaching and has been with Parks Chapel since 2012.